Amazon has just released a new font called Ember Bold for the Kindle Oasis, Kindle Paperwhite and Kindle Voyage. This new typeface will give older readers and people with vision problems an opportunity to have the text in an e-book a little bit bolder, resulting in a smoother reading experience.

One of the biggest complaints that people with vision problems had with the Amazon Kindle line of e-readers is that regular weight fonts difficult to read. This has resulted in many users switching to Kobo e-readers, which have more versatility in font selection and allow for the importing of custom fonts. Others have elected to download specific apps for their smartphones and tablets. It looks like Amazon has just solved one of the biggest lingering issues with the advent of Ember Bold.

You should get the 5.87 firmware update pushed out to your Kindle e-reader within the next couple of days via WIFI. Once the update is installed you merely have to open up an e-book and select the new font from the dropdown menu. 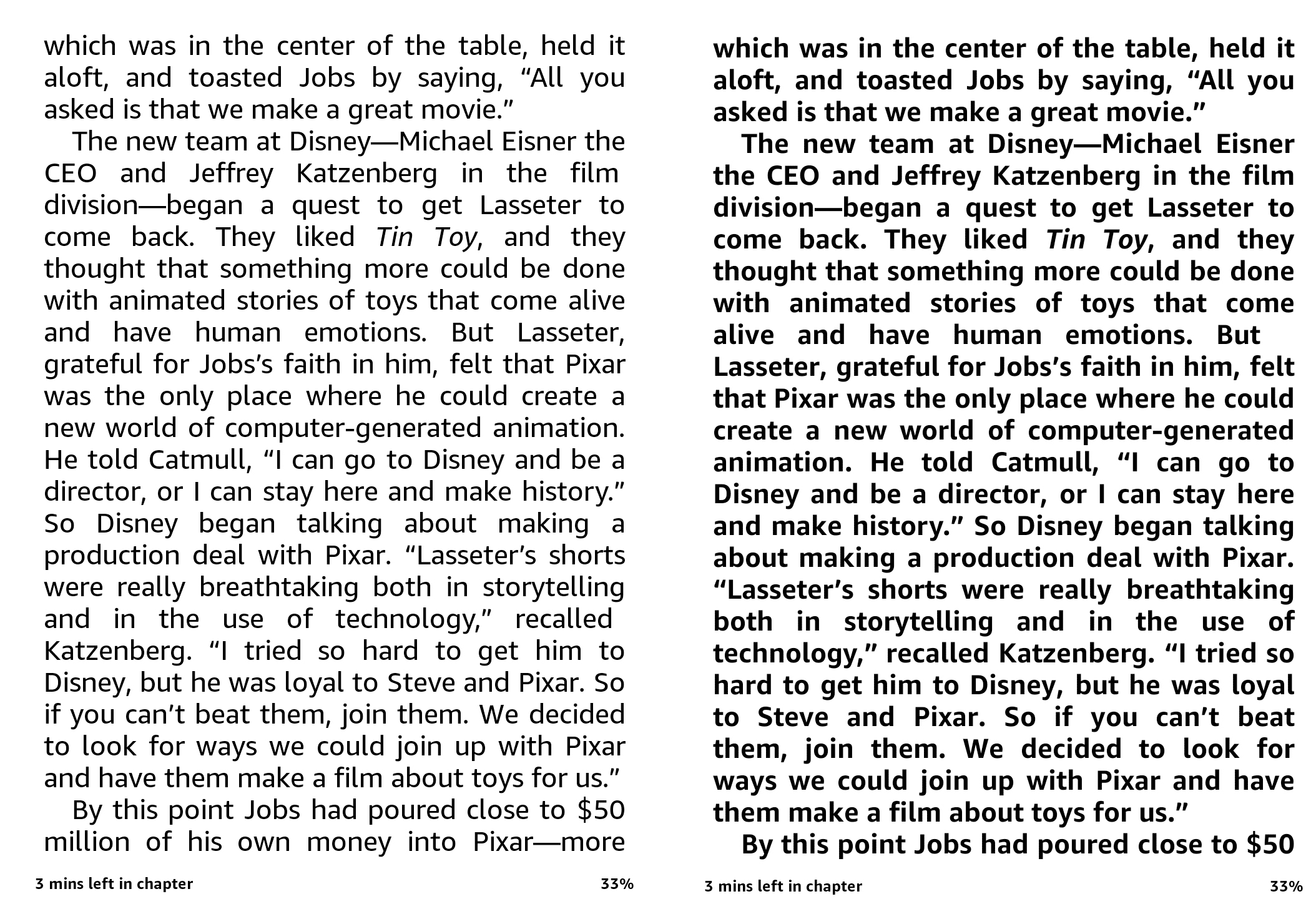 Ember on the left, Ember Bold on the right.