The idea of stagnation has always given Stefan Kjartansson anxiety. Born in Iceland, he got his BA in graphic design from Iceland Arts in 1993. After illustrating two best-selling children’s books, he moved on to graphic design. Too poor to purchase typefaces, he started making his own and released a deconstructive slab serif with Garagefonts.

As soon as the internet reached the shores of Reykjavik, Stefan made his own website, which led to a job in Atlanta, GA as the creative director for CNN.com. After the birth of his son Thor, he co-founded the interactive agency, Armchair, and has directed projects such as Coca-Cola’s M5 website. As a creative outlet, Stefan continues designing typefaces, including the humanistic sans serif Reykjavik and the display font Armchair Modern with PSY/OPS. His latest typefaces, Black Slabbath and Cumulus and Foam were released for YouWorkForThem. 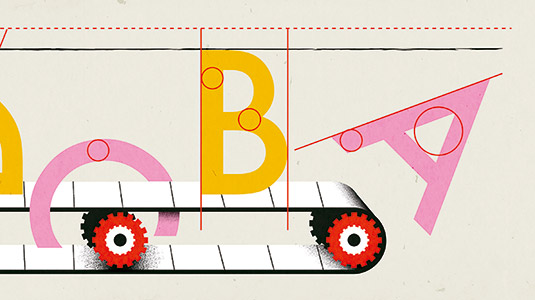 How to sell your typefaces

Get your fonts out there with this expert adviceYou've created yo

turning 40 this year, which prompted me to take a closer look at

Type reversed out of photography isn't a new concept, or particul